It is conventional to imagine Spaniards and partying as a whole. The Mediterranean culture likes to celebrate on every little opportunity. Compared to other countries, Spain has a strong tradition of taking things at their own pace. While people in the United Kingdom are getting ready for bed, those below them haven’t even began to cook dinner. This applies to social life aswell. Some countries go mute after the sun goes down, while the opposite seems to happen in Spain, where people flood the bars. Good company and a rich social life are key elements of the Spanish culture.

As mentioned above, they like to celebrate. Given their nature, let’s take a look at some of the most common expressions for congratulations in Spanish.

The lead character in this list is, without a doubt, “¡Felicidades!“. This can be applied to a broad variety of situations and will never let you down as your go-to option. If you were to literally translate it, “Congratulations” would be the closest option. As well as in Spanish, the english counterpart remains a truly flexible option to save the day when nothing else comes to mind. It covers everything from a job promotion to having a baby on the way.

When it comes to deepen onto the sentence, you’ll see it works similarly to English. For example: “Felicidades por el trofeo” means “Congratulations for the trophy“. The idea of congratulating and then implementing the reason for it remains a constant in both languages.

As a side note, “Felicidades” comes from “Felicidad“, which is literally “Happiness” in Spanish. Essentially (although the native speakers don’t usually think of it this way), when you congratulate someone in Spanish, you’re wishing for more happiness to fall upon them.

“Felicidades” is also more commonly used in occasions where the joy is caused by something not directly connected with the person’s efforts, but rather situations that produce happiness. This could be a birthday, for example. However, note that when it comes down to the actual use of the language, many of these notions just disappear. “Felicidades” is still correct in a vast majority of situations.

On the other hand, a similar option: “Enhorabuena“. Literally translated means “In good hour” and is used to congratulate someone for their achievements and personal endeavors. It would fit when trying to praise someone for their amazing football season or that long-awaited salary raise. It appeals to the efforts rather than merely a situation that happens to be positive.

Despite having just mentioned that, keep in mind that both of these options can fill the same purpose and no native speaker is going to point it out as a flagrant mistake.

Moving on, in order to become an expert in the matter, there are a few more occasions in which you can subtly allow for your newly acquired skills to shine.

Starting with birthdays seems proper, since we’ve already talked about them. Although it’s the most typical expression, there are some other options besides the classic “Felicidades“/”Congratulations“.

The first and more common would be “Feliz cumpleaños” or “Feliz aniversario“, roughly translating to the classic “Happy birthday“. Both “cumpleaños” and “aniversario” stand for “birthday“, so you don’t have to worry about getting them mixed up.

Another way to express your wishes towards someone on their birthday is to say “Que cumplas muchos más“, meaning “May you turn many more“. The “años/years” is omitted, usually deducted from the context. This phrase is often used as a follow-up to the “Feliz cumpleaños” and not frequently used alone.

Congratulations in Spanish for a Wedding

Having to hold a wedding speech can be nerve wrecking. But once you have mastered the “Felicidades” techniques, you’re halfway there. It’s no lie that there’s always something else to add in order to show off your Spanish level, so let’s look at how you should congratulate the lucky couple on their special day.

Foremost, keep in mind that whatever the situation, both “Felicidades” and “Enhorabuena” remain good openers. After breaking that first wall, depending on what you feel like saying, there are some options.

“Os deseo lo mejor” after that first move will work just fine and will make you look good. It stands for “I wish you the best.” Another sugary thing to say could be “¡Viva los novios!“, specially if you’re the kind of person to lead people into chants. The whole room is likely going to follow your words with a perfectly coordinated “¡Viva!“. It’s the recently-married couples version of the “Long live the Queen”. This is more of an independent expression, as it can be screamed at pretty much any point. It fits just after they have said their “I do’s”, as well as when the wedding cake comes out. Just be sure to read the room before making such a commitment.

That being said, it’s time to sharpen your skills by practicing. This applies to all the sentences and ways of congratulating that you’ve learned or are about to learn in this article. For example, let’s say your friend John has recently invited to your wedding and not only this, but he also asked you to be his Groomsman. You accept. How could you say no? As you know, his wife-to-be Lucía is from Spain, as is her whole family. To make sure she feels accepted from day one (or day zero, technically), you want to surprise them with a Spanish congratulation out of the blue. Also, this will make you win tons of points towards socializing with Lucía’s side of the room.

Just as you’re finishing the speech, your eyes move directly to the end of the paper you’re reading from. You wanted to congratulate them both for their wedding and wish them a happy ever after. With the help of Lucía’s brother (or a Spanish translator) you came up with the following sentence: “John, Lucía, today we gather here to celebrate your marriage and to congratulate you both. In the name of (hopefully) everyone in the room, we wish you all the best, forever.” There’s no specific rules to what you can say in Spanish compared to English. Follow the same decency guidelines. [Translating sounds] Here you go. Your punchline should look something like this: “John, Lucía, hoy nos reunimos aquí para celebrar vuestro matrimonio y para felicitaros/daros la enhorabuena. En nombre de (espero) todos los aquí presentes, os deseamos lo mejor, para siempre.”

This would be killer. There’s no need to force yourself to perfectly understand the language or its expressions, but practicing can definitely help you climb some steps. A simple yet effective “Felicidades, os deseo lo mejor“, meaning “Congratulations, I wish you the best” is still going to blow some minds. If the speech went as planned and you managed to collect the audience applause, feel free to shout “¡Viva los novios!” (Long live the bride and groom!). It will get you some awkward looks from your friends but the wife’s family will LOVE you for it. How to tell if they do? Well, have they shouted “¡Viva!” just after you finished your part? Yes? Well, they are now sitting in the palm of your hand.

Assuming you’re an English speaker (I know, bold assumption) there isn’t much new information for you to absorb regarding Christmas or New Year’s congratulations in Spanish. Lucky you. Most of the things that are left for you to learn are the translations, so let’s get to it.

In Spanish, “Happy new year” would be “Feliz año nuevo“. As mentioned, pretty straightforward. Another option is to hit them with the “Próspero año nuevo“, which is the peninsular version of “Prousperous new year“. Surely you’ve heard the song where this expression is used, as it is followed by many “I wanna wish you a merry Christmas”‘s.

It is also usual to hear “Feliz 20xx“. It obviously changes each year, but you get the idea. It translates to “Happy 20xx“. Aren’t you feeling like you already know enough Spanish to inifiltrate a random household in days of celebration?

When it comes to Christmas, there are two principal options from which you can pick. There is the “Feliz Navidad” and its sibling: “Felices fiestas“. The hidden secret meaning behind these expressions is: “Merry Christmas” and “Happy Holidays“. Maybe no one is as original and different as they think, huh?

What else is there to Congratulate People for?

First of all, congratulations on reaching so far. Well, sorry, “Enhorabuena“. At this point, you have probably earned some kind of Spanish-congratulation-expertise diploma, but what better prize than knowledge? Also, it’s less expensive than printing a certificate for everyone.

With what you’ve learned so far about congratulations in Spanish, you’re thoroughly prepared to merge in any Spaniard celebration while not completely standing out as an outsider. At least until someone comes up to you for a chat. At that moment you might want to ask Lucía’s brother for some help.

In everyday life, there are endless situations in which you could employ these expressions. The same rules apply to all (ar at least the vast majority) of them.

For instance, if your brother has passed a test, “¡Enhorabuena por aprobar el examen!” seems like a good option. You don’t have to squeeze your brain, as most of the translations are quite literal. This one means “Congratulations on passing the test“. Change “test” for whatever fits the situation and you will find yourself making good use of the Spanish ways of congratulating.

Hopefully, life brings you many opportunities to let your skills shine, demonstrating that not only there’s more to celebrate than we typically give this world credit for, but also that you’ve gotten so good at Spanish. Are you tired of calling your boyfriend “Sweetheart” or “my Love”? How about some nice, Spanish pet name for him? It’s unusual, romantic and sexy. Have a look at our list of Spanish love words for a boyfriend and choose one or two for your “hombre!” Spanish is the 2nd most spoken language in the world with 400 million speakers. So learning it is worthwhile, but what is the best way to learn Spanish? 50 million people speak Spanish as a first or second language in the United States alone. Reason enough to explore some common Spanish Phrases. Every language has phrases which sound pretty weird to non-native speakers. So let’s look at some pretty funny Spanish phrases and have a good laugh! 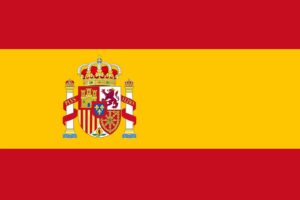 Rocket Languages Spanish is a popular online software for learning Spanish. But how good is it? Find out in our Rocket Spanish Review. Wrap the present, dress up nicely, put on your party hat and join me on today’s quest to answer the question: How do you say Happy Birthday in Spanish?