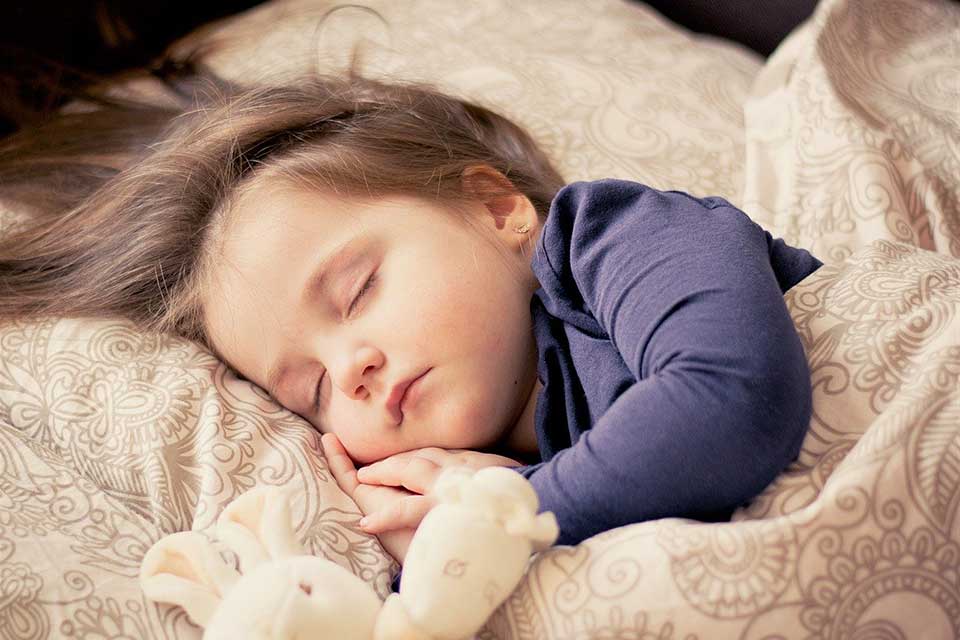 Wishing a friend or a family member a good night is a nice way of showing you care about them, even while they’re asleep. And what if your friend or relative is German or Austrian? Well, you can make your wish even nicer by wishing them a good night in German!

Apart from the proper translation of good night in the German language, you will also learn some other phrases about sleep and bedtime in German. A German saying goes “Ein gutes Gewissen ist ein sanftes Ruhekissen.” Which can be translated as “a good conscience makes a soft pillow”, meaning you will sleep well when nothing is bothering you and keeping you awake.
So, let’s move on and discover what more the Germans have to say about sleep.

The simplest form to bide a goodnight in German is “Gute Nacht!” It can be used when you’re staying at the same house or hotel with someone and you’re parting to go to your separate bedrooms. Or you can use it as a form of goodbye, e.g. you are when leaving your friends home or while leaving a bar or pub near closing time. When you are already rather tired yourself (or don’t care about perfect grammar), you might shorten it a bit by saying “Gut’ Nacht!” In case even two words are too many, you can shorten it further by saying “Nacht!” But you should use this amongst close friends, otherwise it might be seen as rude.

If you want to be rather formal, you could also say “Angenehme Nachtruhe” (goodnight’s rest in English). But that’s not only formal, but also a bit old-fashioned.

We all know a good night’s rest is important to awake refreshed and strengthened and start the new day with lots of energy. But many people suffer from sleeping problems. So instead of just saying ‘goodnight’ you can be more specific and wish your friend a good night’s rest by saying “Schlaf gut!”

You could also use the phrase “Schlaf schön!” (sleep beautifully in English), but that is more intimate. You would normally use this for a child or possibly your spouse.

Especially children often wake up from nightmares and then they often end up in their parents bed, where they feel secure and protected. But grown-ups are also often troubled with bad dreams, especially when they feel stressed or after they have had some traumatic experience.

But dreams can also be nice and they are an important tool for our brain and our soul to sort themselves out. And of course we all prefer the nicer dreams and that’s what you wish your friends as well. You may wish a German speaking person “Süße Träume” (sweet dreams in English) and he or she will understand what you mean. But it’s not very common. Germans rather use the phrase “Gute Nacht und träum was Schönes!” (Good night and dream something beautifully in English)

Good Night my Love in German

Good Night my Friend in German

One of the aspects of the German language many learners struggle with, is the concatenation of several separate words to form one long new word. The good night kiss is a good example. The translation is literal, but instead of three separate words, we end up with one word, the “Gutenachtkuss!”

Kids all over the world love to hear a story before they fall asleep. So their parents read them stories from children’s books. And even many grown-ups love to use an app on their phone to listen to some audio books while drifting asleep. The proper word for this kind of story in the German language is the “Gutenachtgeschichte” (goodnight story).

How to say Go to Bed in German

Every parent knows that kids often don’t want to go to sleep. But they also know that the kids will be grumpy and moody the next day, if they don’t get enough sleep. So we send them to bed. German kids aren’t any different of course, nor are German parents. So they tell their children, “Geh ins Bett!” Or they might say, “Geh schlafen!” (go to sleep). A less strict form would be to tell them to prepare themselves for bedtime. “Mach dich fertig fürs Bett und putz dir die Zähne.” (Make yourself ready for bed and brush your teeth.)

So, now you know how you say good night in German plus some extras. Did you know many Christmas traditions originated in Germany? Let’s take a look at the holidays German style and learn how to say Merry Christmas and a happy New Year in German. German composers have written many beautiful Christmas songs. In this article we will give you the lyrics of popular German Christmas songs with translations. Huntings dogs are assertive and self-confident dogs. Their name should reflect these qualities. The German language has many strong and characterful names, so let’s have a look at German hunting dog names. You’ve fallen in love with a German? Time to learn how to say I love you in German to a man or woman. We’ll show you several possibilities to express your love to someone else in the German language. The German language has many phrases which will make you giggle or even laugh out loud. Learn 37 funny german phrases in today’s article. We’re taking a look at all the possibilities of how to say Hello in German. Greetings are among the first phrases to learn in a new language as you want to be able to address people correctly and make a good first impression.